Charlottesville and the Violent Left 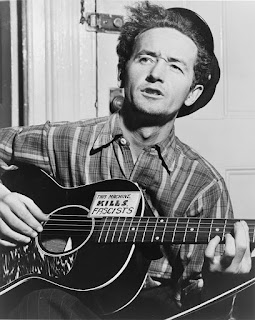 If you want to know what was going through Trump's mind when he condemned the actions of groups on "many sides" for the events in Charlottesville, look no further than this account in Breitbart.   Steve Bannon's old publication blamed the violence on poor policing and provocative counter protesters bent on using violence to stifle free speech and disrupt what would otherwise have been a peaceful gathering.  Critics have been rightly blasting Trump for drawing a false equivalence between neo-Nazis and anti-racist activists (see this Boston Globe piece on the cynical strategy of whataboutism).  But . . . what about those counter-demonstrators?  This month's Atlantic includes a good essay on the activities of left wing anti-fascist groups that have been using violence against right wing extremists. The author poses this provocative question:

"If you believe the president of the United States is leading a racist, fascist movement that threatens the rights, if not the lives of vulnerable minorities [and I would add, the survival of democracy itself], how far are you willing to go to stop it?"

I pondered this question in an earlier post, when I was in Germany contemplating the history of the Weimar Republic and reading about the violent reaction to Charles Murray back home, at Middlebury College. Looking back, you wish the German liberals had used a little bit of violence against the Nazis.

In his excellent memoir of growing up in Oxford, North Carolina, during the turbulent waning years of the Civil Rights Movement when Black Power was ascendant, historian Timothy B. Tyson leaves the impression that the success of civil rights reforms depended on violent riots and protest.  One black militant told him: "When nonviolence did work, mostly it was because white people were afraid we was gon' burn the place down" (166).  Tyson adds: "The indisputable fact was that whites in Oxford did not even consider altering the racial caste system until rocks began to fly and buildings began to burn" (Blood Done Sign my Name, 204; see also, 250, 252).

So maybe the anti-fascists have a point.  Maybe political violence is justifiable in a good cause.  As the political scientist, James C. Scott, said in his book, Two Cheers for Anarchism, "Most of the great political reforms of the nineteenth and twentieth centuries have been accompanied by massive episodes of civil disobedience, riot, lawbreaking, the disruption of public order, and, at the limit, civil war.  Such tumult not only accompanied dramatic political changes but was often absolutely instrumental in bringing them about"  (16).

Then again, it seems that polarization has gotten to a dangerous point when groups on opposing sides are seeking to prevent each other from exercising First Amendment freedoms.  In the lead-up to Saturday's rally, the ACLU of Virginia supported Unite the Right in resisting the city's attempt to move the rally to a different location.  Glen Greenwald said this in defense the ACLU's support of Unite the Right against state censorship:


How can anyone believe that neo-Nazism or white supremacy will disappear in the U.S., or even be weakened, if it’s forcibly suppressed by the state? Is it not glaringly apparent that the exact opposite will happen: by turning them into free speech martyrs, you will do nothing but strengthen them and make them more sympathetic? Literally nothing has helped [Milo] Yiannopoulos become a national cult figure more than the well-intentioned (but failed) efforts to deny him a platform. Nothing could be better designed to aid their cause than converting a fringe, tiny group of overt neo-Nazis into some sort of poster child for free speech rights.

Could the same be said of the efforts of left wing counter-protesters' efforts to silence white supremacists?  And which is more troubling—the rise of a more vocal (and sometimes also violent) white supremacist movement or attacks on free speech, not only by anarchists, but also college students and administrators?
Posted by Bill Jordan at 2:11 PM