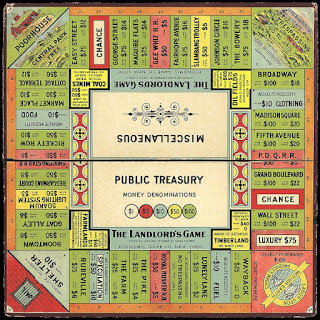 I was listening to a podcast called Pitchfork Economics, when Thomas Picketty’s theory about the cause of inequality in capitalist economies came up (Wikipedia: “the rate of capital return in developed countries is persistently greater than the rate of economic growth, and that this will cause wealth inequality to increase in the future”). It’s a valid thesis, the podcasters said, but a better explanation can be found by playing the game of Monopoly, which was designed to teach kids about capitalism and how it works. The outcome of every game is that one person ends up with all the money and everyone else ends bankrupt.

Just a game you say? Maybe not.

According to Nick Hanauer, the host of the podcast, Monopoly and capitalism are both “non-ergotic systems,” governed by path-dependence (past events or decisions constrain later events or decisions), luck, and the compounding of advantages and disadvantages.

Not all games are non-ergotic, they noted.  Two equally skilled tic tac toe contestants will always end in a tie. Two good checkers players will end up winning an equal number of games over time. Those games are ergotic.

One difference between Monopoly and capitalism, Hanauer says: Monopoly is more meritocratic since every player begins with an equal amount of money.  At the start of adult life in American capitalism, there is a huge gulf between the best and worst off of us.  To replicate that system in the game, one player would start with $1.5 million, they estimate, another would start off in debt.  Most everyone else would be arranged above and below the median for 20-year olds (it's $13,900 for Americans under 35, according to one source, for for 20-year-olds, who knows?).

Also, in actually-existing capitalism, once you get enough money you can spend it to change the rules in your favor.

The next day I happened to catch the NPR show, “Throughline,” on the history of Monopoly. It was invented by Lizzie Magie, and patented in 1904 as “The Landlord Game,” to teach players “how rents enrich property owners and impoverish tenants” (Wikipedia). Today we seem to think of the game as a celebration of capitalism, but that was not Magie’s intent. She was a devotee of Henry George, a popular critic of free-market capitalism during the Gilded Age, and hoped playing the game would increase support for redistributive policys like George’s single tax on land. She also developed an alternate set of rules designed to show how a more just system would work (every player was rewarded when wealth increased in society).

I forwarded a version of this post to two economics teachers I know. Maybe they will have their students play Monopoly.

The Throughline episode also convinced me that Henry George probably deserves more attention than I give him in the winter term of US history.

Mary Pilon, The Monopolists: Obession, Fury, and the Scandal Behind the World’s Favorite Game.

"Do not Pass Go,”  Throughline, June 30, 2022.  Also interesting from the episode: During the Depression, Charles Darrow claimed to have invented the game in his basement (he was taught the rules by a friend) and sold it to Parker Brothers in 1934. Magie sued for patent infringement and was awarded a meger $500 for rights to the game. She mistakenly thought the Parker Brothers’ version would advance her anti-capitalist goals. In 1973, Ralph Anspach created a game he called “Anti-Monopoly” and was then sued by Parker Brothers.

Posted by Bill Jordan at 4:43 PM No comments: