James Baldwin on History and Optimism and Agency 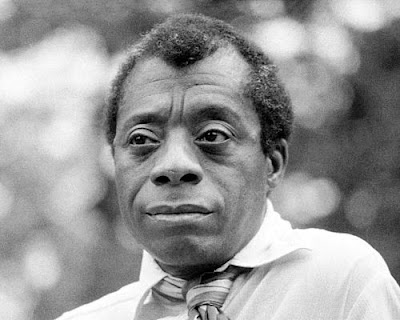 "History is not the past. It is the present.  We carry our history with us. We are our history.  To pretend otherwise, we literally are criminals. . . . I can't be a pessimist because I am alive.  To be a pessimist means that you have agreed that human life is an academic matter.  So I'm forced to be an optimist.  I'm forced to believe we can survive. . . .  The future of the negro in this country is precisely as bright or as dark as the future of the country.  It is entirely up to the American people . . ."  From the film, I am Not Your Negro.  Photo by Allen Warren.
Posted by Bill Jordan at 11:09 PM No comments:

Email ThisBlogThis!Share to TwitterShare to FacebookShare to Pinterest
Labels: Human agency in history

This is a letter I wrote to the editor of the Exonian, our school newspaper, and which appeared in the Nov. 16, 2017 print edition.

During Tuesday’s assembly, I moderated a political conversation between Amy Schwartz and Townley Chisholm (Teachers at Phillips Exeter Academy). One complaint I’ve heard from some students is that their views weren’t far enough apart. Students may have been expecting something like the political arguments we see on TV every day, between shouting pundits and party functionaries with diametrically opposing views. The networks have found that these kinds of conversations drive up ratings and bring in ad revenue (I recommend the film “Best of Enemies” to see the origins of this phenomenon).

But that is not how most people talk about politics. Think about it. The networks hire people to represent a particular point of view. Their livelihood depends on being able to stick to the party line. They are not paid to be moderate or change their minds. In real life people have all kinds of doubts and change their minds all the time and we don’t go through life with one rigid, fully formed ideology to guide us. We listen to what others are saying and consider new evidence. Political scientists and psychologists who study how people think about politics have found that when we talk to others with different viewpoints, our political positions become more moderate. When we talk only to like-minded people, our ideas become more extreme.

As Americans increasingly separate themselves into red and blue enclaves, they speak to fewer people with different views and the nation becomes ever more polarized. Consider just one of many headlines on the topic: this one from Vox: “We need political parties. But their rabid partisanship could destroy American democracy. We’re trapped in a frightening ‘doom loop’ of mutual distrust.”

In preparing for Tuesday’s assembly, Mr. Chisholm and Ms. Schwartz and I had a number of conversations over two or three weeks. The views you heard expressed on Tuesday were somewhat different than what I heard them saying at different times earlier in the process. Their opinions converged a bit. Like most thoughtful people, these two do not have opinions that are set in stone. They are open minded, intellectually flexible, and open to new evidence. Most importantly, they know that their own knowledge and perspectives are limited, that on any given question, they could be wrong. That’s something Harkness teaches us every day if we are doing it right.

Maybe we would become less polarized if Americans saw more of these kinds of political conversations and fewer of the politics-as-combat and politics-as-entertainment spectacles that the media and the two-party system offer up every day. Perhaps the home of the Harkness method has something to teach the country about how to conduct those better conversations.

Posted by Bill Jordan at 8:35 AM No comments: