Curing Delusion at the Harkness Table 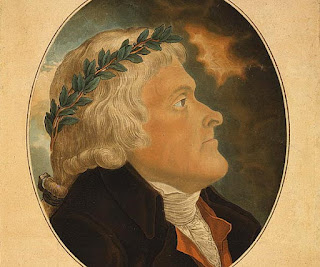 In her book, Loving: Interracial Intimacy in America and theThreat to White Supremacy, Sheryll Cashin writes about Thomas Jefferson’s sexual relationship with his slave, Sally Hemings, and how his writings about race and slavery use “pseudoscientific ‘reasoning’” to support white supremacy.  “Jefferson’s musings on race,” she notes, “illustrate how even well-educated people can delude themselves into living with, or accepting, unjust arrangements that benefit themselves and harm others.”  This passage illustrates the sad fact that “reason, interest and emotion cannot be disentangled.”  (See Hess and McAvoy, 127).

But what if an intellectually diverse group could deliberate in such a way as to help individuals in the group overcome the delusions that distort their reason?   Deliberation, as defined by Wikipedia, is a “process of thoughtfully weighing options” and making group decisions by using logic and reason rather than “power struggle, creativity or dialog.”

What would a group effective at democratic deliberation look like?  First, it would be diverse.  It would include people with different life experiences and different intellectual perspectives.  Imagine a group that included Thomas Jefferson and Frederick Douglass.  Second, it would agree to a set of values and ground rules that fostered open-mindedness and receptivity to alternative views.  Participants would continually ask themselves: “Could I be wrong?”  They would seek to deeply understand and learn from their neighbors’ ideas and perspectives.  They would be open to having their assumptions challenged and to seeing things from a different perspective, knowing that others in the group were coming to the discussion with the same democratic values and the same good will.

This, of course, is what we try to make happen at the Harkness table, where students at my school meet every day to discuss a text with the aim of deepening their understanding of it.  No one is allowed to dominate, everyone is required to listen more than they talk.  Rules of civility are observed.  Perhaps if the founding fathers had used those oval tables, Thomas Jefferson could have been made to see the flaws in his logic and the indefensibility of his moral position.  Perhaps if more American citizens were educated at Harkness tables, American democracy could survive the current crisis of polarization that increasingly paralyzes and undermines government at all levels.

References:
Sheryll Cashin, Loving: Interracial Intimacy in America and the Threat to White Supremacy
Hess and McAvoy, The Political Classroom: Evidence and Ethics in Democratic Education.
Posted by Bill Jordan at 1:33 PM

Email ThisBlogThis!Share to TwitterShare to FacebookShare to Pinterest
Labels: citizenship, groupthink, Harkness, I could be wrong, motivated reasoning, Race