Should We Remove Confederate Monuments? 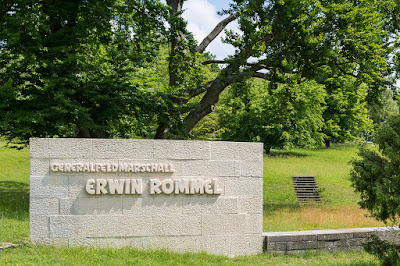 A facebook friend posted an article, critical of those who want to take down Confederate statues and saying it amounted to erasing history.  I replied like so:

I think I found a typo in this article. It says: 'It would appear that said group who didn’t wish to see the statue of Virginian, General Robert E. Lee, who was a commissioned U.S. Army officer, graduate of West Point, and served the nation in the Mexican War, * taken down did apply for a permit to hold a rally." It left out the most important part of Lee's biography: *"and was a dirty rotten traitor." Benedict Arnold was also a part of American history. Should we put up a statue of him?

Well, as it turns out, there IS a monument to Arnold, though it's not a statue with his likeness, just a relief sculpture of the boot of the leg he broke in a heroic battle when he was still fighting on the American side.

I later wrote this on another post: Monuments are not erected to provide history lessons. That's what books and classes are for. Monuments are erected to identify heroes. Most of the Confederate monuments were put up during the "nadir" of American history when the North and South came to see the Civil War through the eyes of the Confederacy as a Noble Cause and white people North and South conspired to take away most of the rights black people had gained during Reconstruction. The erection of these statues also happened to coincide with the height of the lynching phenomenon. Not a coincidence. I say, take down every last monument to every dirty rotten racist traitor.

The Comedy Channel's Jim Jeffries made this point in a much more entertaining way, and added that the Germans don't have any statues of Hitler.  I assume that's true, but then I discovered, via Google, that Germans DO have a monument to the German World War II General Erwin Rommel, the "desert fox" who fought the British in North Africa.  The Germans are divided over whether Rommel deserves a monument, even if it's not a heroic statue.  Some say he was chivalrous and brave, and not a Nazi.  Others cite evidence of anti-Semitism.  The monument has been vandalized and covered with a banner saying "No more monuments for Nazi generals."

The case for Confederate monuments is more difficult to make than for Arnold or Rommel.  Both of those guys were fighting on the side of their own country.  Arnold's monument celebrates something he did before he became a traitor.  The equivalent would be a statue depicting Robert E. Lee during the Mexican-American War.  And while it seems that we don't  know for sure whether Rommel was a an anti-Semite, Robert E. Lee, like most of the Confederate heroes, did own slaves and was fighting to maintain a system of human bondage based on white supremacy.  Of course that doesn't stop Confederate apologists from trying to throwing doubt on those truths.
Posted by Bill Jordan at 2:10 PM