Hope, history, politics, and the pandemic 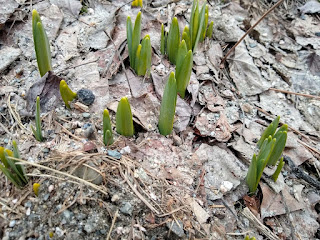 Throughout the Coronavirus crisis, President Trump has been peddling something like hope. As recently as early March he said he was “not concerned at all” about the virus. “Just stay calm. It will go away,” he said. I hoped that he was right. Who wouldn’t?

Since the beginning of the year, I’ve been thinking and trying to write about the role of hope in history and politics. My brother, Tommy, and I have been grappling together with the question of whether hope is a helpful or a harmful state of being that should be encouraged and cultivated in ourselves and others, or discouraged. Does it lead to mental health or mental illness? Does it encourage action or passivity? Does it facilitate or prevent progress? Is it a necessary tool of valuable reform, or is it something like an opiate of the masses, preventing political action and involvement? (The comments on Hope Essay #4 reflect our conversation about hope, where we disagree and, I hope, agree.)

I tend to think it’s an essential prerequisite for both mental health and political action. Tommy—the psychologist—worries that it encourages complacency, especially in our personal lives. But he can’t dispute the results of the Google search I just did, which says:

Hopelessness is listed as a symptom of many behavioral and mental health issues, including depression, anxiety, bipolar, eating disorders, post-traumatic stress, substance dependency, and suicidal ideation.


In terms of politics, the absence of hope should also be listed as a symptom of many political behavior issues, including cynicism and apathy. Hopeless voters don’t vote. Hopeless workers accept pay cuts passively, they don’t join unions and they don’t go on strike. They might even cross picket lines. Striking workers hope the workers can win; scabs have no hope for working class victory. Their hopelessness helps another class of people realize their hopes.

If there’s one thing the Kochs and their comrades have, it’s hope. Everything they do begins with hope. They hoped that the federal judiciary would be taken over by conservative judges, so they gave money to the Federalist Society, among other things, and now, somehow, the federal judiciary is overrun with conservative, originalist judges. They hoped that state legislatures would enact conservative policies like “right-to-work,” so they threw money at the American Legislative Exchange Council (ALEC), and voila, dozens of states have put model legislation, written by ALEC, into law—things like “stand your ground,” corporate tax cuts, and voter ID. Read the history of conservatism going back to Barry Goldwater’s humiliating defeat in 1964. It is, depending on your perspective, either an inspiring story about the power of hope, or an ominous tale of what happens when the worst people have the strongest and most realistic hopes. One of their most significant hopes was to destroy the power of labor unions.

(I concede that if brother Tom was a historian, he could write a parallel history of how the left of the 1960s was led astray by false hope and utopian dreams.)

Donald Trump may have been the most hopeful person in America since at least the 1980s. He just keeps hoping and hoping. Every smart person I know thought his hope to become president was delusional. That’s the thing about hope. You never know. Today’s pie in the sky sometimes becomes tomorrow’s reality. As The Donald likes to say: “What have you got to lose?” It’s important to note that Trump’s hopes were often dashed, as in Trump Airlines and Trump Steaks.

Trump ran on a platform of hope in 2016, like every presidential candidate does. He won, I guess, because many of our fellow citizens—distributed among the states in a way that satisfied the Electoral College—found his hopes more appealing, and perhaps more realistic than Ms. Clinton’s, who gave the impression of not hoping for very much when she insisted that “America is already great.”

In the early stages of the pandemic, Trump articulated what turned out to be false hope, that the coronavirus would be less deadly than the flu and that there would be uninterrupted prosperity and rising stock prices. He continues to search for reasons to hope, for cures—hydroxychloroquine—and a V-shaped economic recovery. We’ll see.

I don’t blame the president for promoting hope. It’s his job. Another president, during an equivalent national crisis said that the only thing we had to fear was fear itself, and he is remembered by many as our greatest modern president.

So what, if anything, is the difference between the hope of Trump and the hope of Roosevelt? When is hope counter-productive and when is it essential? How should citizens in a democracy hope? How do leaders use hope to motivate the people?

Tommy and I usually arrive at a place where we can appreciate each other’s point of view. I have to agree that unrealistic, false hopes can lead us astray. It seems likely that Trump’s false hopes led him to ignore good advice to enact social distancing measures sooner and that people are dying because of that. Tommy agrees that something like hope can be put to good use in both the personal and the political spheres—there is an undeniable connection between depression and hopelessness. Maybe, we both come to think, the problem is semantic, and we need to find a better word—or two different words. One describing false hopes, another for the good kind. So maybe it all just comes down to: how do you hope and what should we call it?

Postscript: A dictionary defines hope as "a feeling of expectation and desire for a certain thing to happen" and "grounds for believing that something good may happen." In reading this over it strikes me that there is an important difference between having a hope and using hope to motivate or manipulate other people.  Parents do it all the time: "if you do your chores I'll give you $20"; "if you study hard you'll be a success"; "If you are good, Santa will bring you presents." Sometimes we lie to motivate good behavior.  Sometimes we express confidence about future outcomes that are far from certain (the connection between  study and  success).  It may well be that president Trump didn't have a genuine expectation that the coronavirus would just disappear like a miracle, but he wanted stock market traders to expect that, so they would do more buying than selling and the Dow Jones Average would keep going up.