Action in the dark 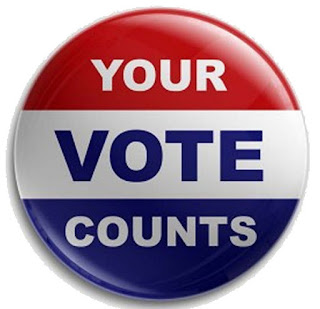 In the previous essay, I wrote about Rebecca Solnit’s call to action, Hope in the Dark, but also my belief in the importance of epistemic humility—awareness of your own ignorance. I shared some of the many doubts I have about my own political judgement and how professional ethics have encouraged me to cultivate a stance of impartiality, especially in the classroom.

But what if epistemic humility is just an excuse for inaction? What if impartiality blinds us to the truth? In the last essay, I wrote about the professional ethic of impartiality in journalism. But some journalists have started to wonder if their attempts to be impartial and balanced allow bad actors to manipulate them and promote untruths and false equivalency on issues where one side is clearly right.  Shows like Jim Lehrer’s PBS NewsHour seem so intent on fairness to both sides that you would expect them to get a flat Earther into the studio in a segment on the shape of the Earth.

As for regular citizens, not voting is the most common form of political impartiality. What if the 40 to 50 percent of eligible voters who stay home on Election Day are the better people—more willing to sacrifice personal interests to promote the common good—and their absence from elections amplifies the votes of those who are animated by selfish interests and who are less concerned with the greater good and the rights of other citizens?

It’s probably true that self-interest is a more powerful motivator than concern for the greater good, or the long term health of the collective, especially among an individualistic people. A study of the American Jobs Creation Act of 2004 found that for every dollar corporations spent lobbying Congress to pass it, they got $220 in tax benefits. (University of Kansas, Raquel Alexander). Compare that incentive for political involvement to the disincentive for voting in one of the increasing number of places where you have to line up for hours to get to the voting booth. Bernie Sanders’ canvassers knocked on 471,000 doors just in New Hampshire this primary season. What was the return on THAT investment? Certainly nothing like the 22,000% return on lobbying for the Jobs Creation Act. Maybe the difference isn’t between better or worse citizens, but what kind of motives drive people to act? What if some citizens are more politically engaged because they see a clearer connection between public policies, their political efforts and their hopes for the future?

Virginia Woolf, writing in 1915, in the early months of what would be a long World War, said something that has got us thinking about hoping and groping in darkness toward a better future. Events that came after 1915 didn’t offer much reason to think that good guys with wise policies are guaranteed to triumph by default. In fact it appeared to William Butler Yeats, writing in the war’s aftermath, in 1919—the year when the victors imposed a punitive peace on Germany—that:

The best lack all conviction, while the worst
Are full of passionate intensity.


The decades that followed Yeats’ publication of “The Second Coming” seemed to confirm this impression, as fascists outmaneuvered weak-kneed liberals in Europe and spawned a second and even more horrific and widespread World War. Today, there is much talk of a revival of fascistic impulses and a decline in democracy. On March 4, 2020, for example, Freedom House, the democracy-promoting website, published a story with this headline:

Established democracies are in decline: Despite mass protests in every region, world suffers 14th consecutive year of deterioration in political rights and civil liberties.


Another rough beast seems to be slouching toward Bethlehem.* Is there anything we can do to head it off?

I’m not optimistic, but I do have hope that democracy can be strengthened and we can do a better job of coming together to act for the common good. I’ve been struggling to articulate that sense of hope and to bring this series of essays to a merciful end. The next blog post will be the last in this series (I hope) and offer some tentative suggestions for guiding democratic action toward a hopeful future.


*Yeats' poem is the most pillaged poem in the English Language, according to The Paris Review. Sorry.  I couldn’t resist.
Posted by Bill Jordan at 9:01 AM

Email ThisBlogThis!Share to TwitterShare to FacebookShare to Pinterest
Labels: democracy, epistemic humility, Hope, Human agency in history, I could be wrong