While we were in Nuremberg I downloaded the Rise and Fall of the Third Reich onto my Kindle.  As I read about Germany in the 20s, I was struck by how difficult it was for the new republic to defend itself against its enemies, who not only opposed the ruling Social Democratic Party, but also republican government itself.  That's a place where Nazi analogies to Trump seem to break down.  In the US, there is no party that advocates tearing up the Constitution and replacing it with a monarchy.  We all agree that democracy--or to be more specific, a democratic republic--is the only legitimate form of government.  Right?

But Trump, and to a lesser extent the Republican Party, seem to be undermining democratic norms without questioning the legitimacy of democracy itself. For example, this article by Mark Danner in the New York Review of Books was waiting for me when I got home.  Among other things, he says:

Four weeks of the Trump ascendancy have been an ongoing seminar on where norms end and laws begin, on how much of what we had relied on when it came to the president’s conduct rested largely on a heretofore unquestioned foundation of centuries-old custom. That the president would express respect for the prerogatives of Congress and the judiciary, that he would acknowledge the country’s need for an independent press, that he would generally tell the truth and hold in respect the public record: in little more than the time it took to recite the oath of office much of this has been swept away. Donald Trump is a proud shatterer of these norms, and the louder the crash and splatter the better: for to his supporters such norms are nostrums, antiquated excuses for the elite’s own self-protection, and the wails of outrage and protest mean their hero is doing what they sent him to Washington to do.

The history of the Weimar Republic shows that not caring about certain democratic norms--respect for the truth and the press, for example--gives a strategic edge to anti-democrats.
The Weimar democrats seemed feckless and you wish they had fought back harder.  Will people look back and say the same about Trump's opponents if he ends up wrecking American democracy?   It made me think about how we teach our students to be the citizens of a democracy.  I wrote in my travel journal: "We teach students to consider 'could I be wrong?' and to be searchers for the truth.  Will they be prepared to contend with people who don't share this rational approach, who don't care whether or not they are wrong but only how they can win?"


In Heidelberg, We visited the birthplace (above) of the president of the Weimar Republic, and stumbled on a monument to him (below) in one of the town squares. 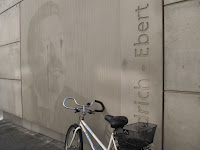 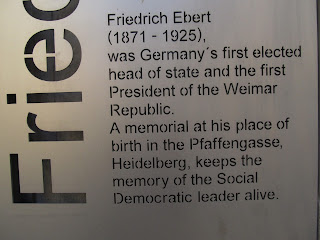 While I was in Nuremberg I found myself reading about the recent controversy at Middlebury College, where students shouted down, heckled and used physical coercion to prevent a public address by conservative author Charles Murray, because he once wrote a book that endorsed racial theories of human intelligence--The Bell Curve.  It trafficked in the same sorts of eugenic theories used by Nazis in Germany and white supremacists in the United States.  Like most of those who commented on the Middlebury riot, I thought the students' reaction was totally wrong, a violation of the liberal principle of free speech, the belief that free exchange of ideas would relegate hateful ideologies to the dustbin of history.  But as I read this piece in the NY Times by students involved in the protest, I felt sympathy for their struggle to come up with an appropriate response to a public presentation by a purveyor of ideas that are so hateful and have provided intellectual justification for so many evil acts.  How do democrats stand up effectively for democracy, against anti-democrats, without betraying their democratic principles? As Andover principal John Palfry said in his post election assembly address, there is a limit to tolerance:

What I believe is that there must be a point at which the tolerant are allowed to be intolerant of those who are intolerant. Our study of history points to many examples when it was a terrible mistake to tolerate intolerance for too long. This is the paradox of tolerance – and it is much on my mind today. Each one of us must find for ourselves that point. 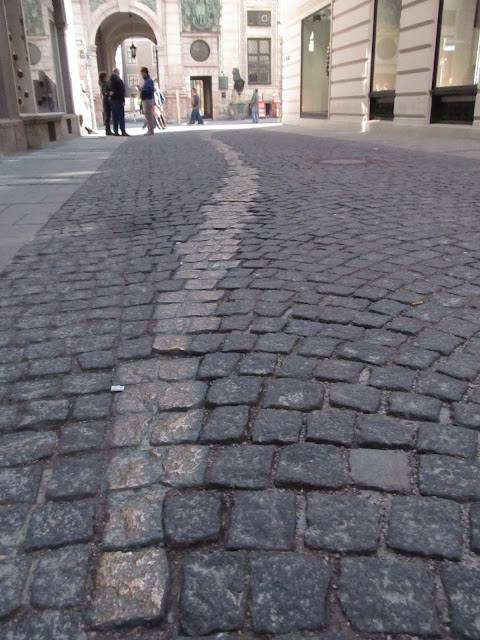 Addendum, April 2, 2017.  Last night I watched "Denial," a film about the libel trial of Deborah Lipstadt, who was sued by David Irving for impugning his reputation as a historian by calling him a Holocaust denier.  Before the lawsuit, Lipstadt refused to debate with Holocaust deniers--she said it gave legitimacy to their ideas.  It would be like debating whether the world is round or if Elvis is alive. But to win her case, her lawyers directly engaged Irving's research and his conclusions and the judge ruled that his theories were demonstrably false. The trial is portrayed in the film as a great victory for historical truth and for the methods of the historical profession. Since the Middlebury riot, I've been remembering that when the Bell Curve came out in the 1990s, I did not make a concerted effort to study the raw data and the statistical evidence and arrive at my own conclusions.  Nor have I studied enough of the relevant primary documents showing that the Holocaust took place, or even, for that matter, that Elvis is dead or global warming is real, or that vaccines don't cause autism.  As with most things, I accept the consensus view as published in trusted sources--I trusted the experts, something that the electorate seems increasingly unwilling to do.  It seems that we can never assume that any old crappy idea is truly dead, safely relegated to the dustbin of history. In relation to Murray and the Bell Curve, the idea has crossed my mind that schools might teach that controversy and that it would be an excellent opportunity for a truly interdisciplinary lesson--history, biology, statistics.   Or would that be to give legitimacy to discredited racialist theories?  This piece from the NYRB engages the "science" of the Bell Curve.

Here is an article that posits a difference between offensive and abusive speech.  It categorizes Murray's views on IQ as merely offensive speech that should not be banned, but Milo Yiannopoulis's shtick as abusive, akin to bullying, which should be banned.

July 24, 2017.  In this week's On the Media (my favorite NPR show), Bob Garfield said America's current political process looks like a "direct parallel" to Weimar Germany and ended the episode by saying he hopes "we are not all passengers on a ship of fools," a reference to a 1965 film about a cruise ship heading from Mexico to Nazi German in 1933.
Posted by Bill Jordan at 12:26 PM