I climbed to the top of the Sinwell Tower in the 12th century imperial castle, the Kaiserburg, above the city. 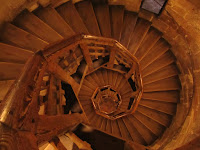 The photographs below were arranged in the windows, showing views of the city from the tower, before and after the World War II allied bombing campaign. 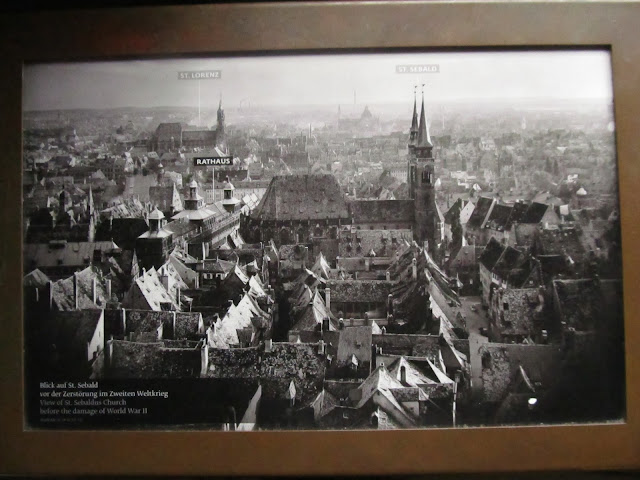 Nuremberg, before the Allied bombs fell in World War II 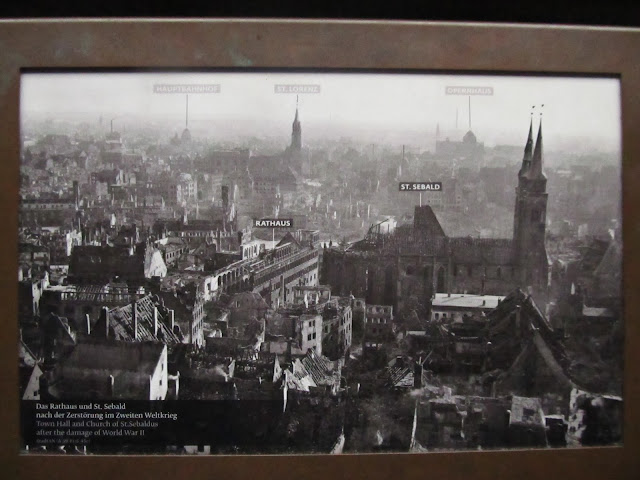 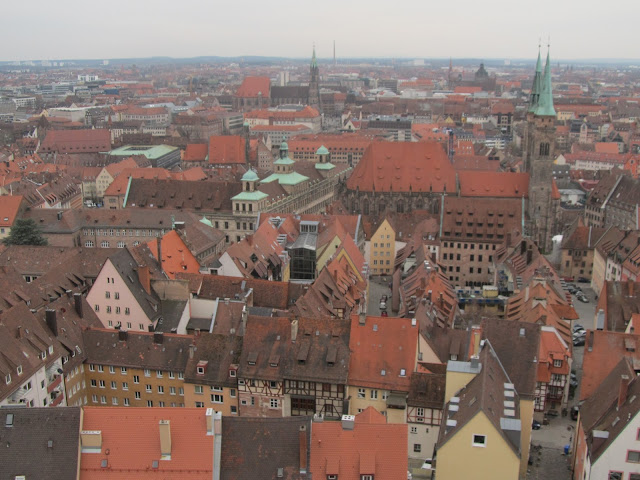 The view from the Sinwell Tower when I was there, in March of 2017. The big church in the foreground is St. Sebald Lutheran Church. 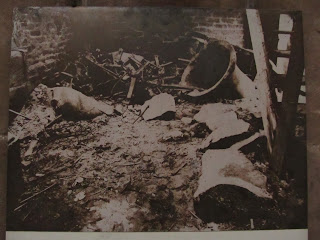 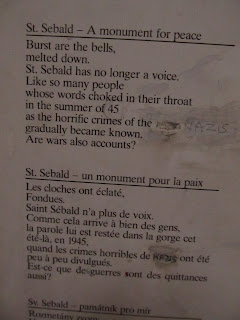 After I climbed down from the tower, I visited St. Sebald.  Below are shots of the interior and exterior of the church, where Johann Pachelbel played the organ in the 17th century. Above are photos from an exhibit inside the church.  Note that someone seems to want to absolve the Nazi's of blame for the war's devastation. 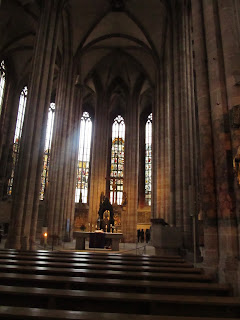 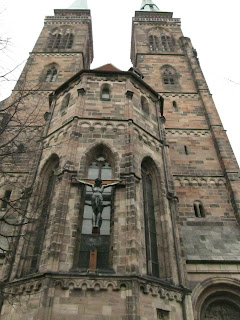 Later, Wendy and I visited the Reichsparteitagsgelande on the edge of the city.  This includes the site of the infamous Nuremberg Rallies and the Documentation Center, a museum that chronicles the the rise of the Third Reich and World War II, with emphasis on the role of Nuremberg. 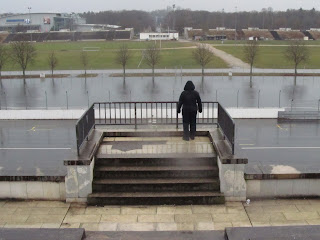 The Zeppelinfeld, on the edge of the city, where the Nazis held most of their their rallies and parades.  That's the platform from which Hitler made his speeches.

I am not a fan of Hitler analogies.  During the Obama administration Lyndon LaRouche followers used to set up a table in front of the Exeter Post Office with a huge picture of Obama sporting a Hitler mustache.   Glenn Beck brought the Hitler analogy to it's absurd extreme.  While we were in Germany, one of my Facebook friends posted this critique of more recent Nazi analogies aimed at Trump.

I hope the Tump-Hitler analogies turn out to be as silly as the Obama-Hitler analogies certainly were.  But being in Nuremberg, visiting the museums, contemplating the horrors of World War II and how the Nazis came to power, while following the news back home, gave me a queasy feeling.
Posted by Bill Jordan at 10:40 AM