Thinking together, thinking alone: Introverts and the discussion-based classroom 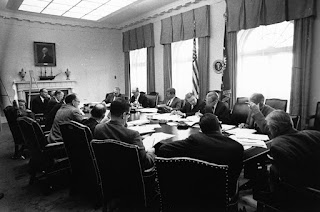 Is discussion-based teaching, or "Harkness" pedagogy bad for introverts? What do we do, at a school like Phillips Exeter Academy which uses that method in every class, with that student who just does not want to participate? In her 2012 TED Talk, “The Power of Introverts,” author Susan Cain bemoans how schools are increasingly being redesigned to favor extroverts.

“When I was going to school,” she said, “we sat in rows of desks … and we did most of our work pretty autonomously. But nowadays, your typical classroom has pods of desks—four or five or six or seven kids all facing each other. And kids are working in countless group assignments. Even in subjects like math and creative writing, which you think would depend on solo flights of thought, kids are now expected to act as committee members. And for the kids who prefer to go off by themselves or just to work alone, those kids are seen as outliers often or, worse, as problem cases. And the vast majority of teachers report believing that the ideal student is an extrovert as opposed to an introvert, even though introverts actually get better grades and are more knowledgeable, according to research.”

Our society so values extroverts over introverts that introverts frequently try to fit in by making “self-negating choices” and forcing themselves to act like extroverts, she says, citing personal experience.

All this emphasis on extroversion and society’s embrace of a “new groupthink, which holds that all creativity and all productivity comes from a very oddly gregarious place” is not just bad for introverts, it’s also bad for humanity in general, she argues.

According to “insights of contemporary psychology,” Cain says, “We can't even be in a group of people without instinctively mirroring, mimicking their opinions. Even about seemingly personal and visceral things, like who you're attracted to, you will start aping the beliefs of the people around you without even realizing that that's what you're doing. And groups famously follow the opinions of the most dominant or charismatic person in the room, even though there's zero correlation between being the best talker and having the best ideas.” History proves that she is right to be worried about this sort of groupthink (more on that later).

So does all of this mean that the move toward discussion-based teaching is misguided?

I don’t think so. Even Cain acknowledges that there is value in teaching kids to work in groups. She just thinks that they should also be encouraged to spend time thinking as individuals apart from those groups. A discussion-based pedagogy does not prevent that from happening. In fact it encourages it. We still require our students—both the introverts and the extroverts—to sit quietly and read. You really can’t have a Harkness discussion with students who haven’t read something. At Exeter, for every 50 minutes of class discussion, we ask students to read and study for 75 minutes on their own. So essentially we are having them do exactly what Cain recommends: “to go off by themselves, generate their own ideas freed from the distortions of group dynamics, and then come together as a team to talk them through in a well-managed environment and take it from there.” And after that, we have them go off on their own again to write, drawing on what they’ve read and thought independently about the subject, revised by whatever they got out of the group discussion.

And it is worth mentioning, too, that the whole idea for developing a “conference method” of teaching actually came from concerns about the quiet kid in the class.  Edward Harkness donated millions of dollars to Exeter in the 1930s for the purchase of conference tables and so the school could hire enough teachers to shrink class size to 12 so “the diffident boy” could be included.

But still, I take Cain’s concerns about the dangers of “groupthink” quite seriously. In his path-breaking analysis of group dynamics among policy-makers, Irving Janis identified problematic social dynamics (much like what Cain describes) that led to very bad policy decisions, notably the Kennedy administration’s ill-fated Bay of Pigs invasion in 1961.

“I use the term ‘groupthink,’” he wrote, “to refer to a mode of thinking that people engage in when they are deeply involved in a cohesive in-group, when the members’ strivings for unanimity override their motivation to realistically appraise alternative courses of action” (9).

No doubt the same sort of dynamic could take hold in a group of teenagers discussing the Bay of Pigs invasion. And that’s where the teacher’s role becomes key—to foster what Cain refers to as a “well-managed environment” in which the softer voices can be heard and dissenting voices are welcomed and not squelched (and students aren’t encouraged to ape the teacher’s views).

Fortunately for life on Earth, immediately after the Bay of Pigs fiasco, President Kennedy set up a commission of inquiry to look into what went wrong in the decision-making process and to set up a “well-managed environment” for making decisions during future crises. The commission recommended and Kennedy accepted a series of “sweeping changes in the decision-making process” in time for the Cuban Missile Crisis, in which an early consensus for aggressive confrontation was replaced with a more measured, conciliatory approach that avoided World War III. The major changes which Kennedy had put in place included

The new committee that was formed with these instructions became known as the Ex-Comm, and later evolved into the group that now meets in the White House “Situation Room” for deliberations involving geopolitical crises.

The new guidelines, Janus argues, made it possible for the Ex-Comm to “obtain the morale gains of high cohesiveness without the losses caused by groupthink” (140-142).

Like the president, teachers in the discussion-based classroom should encourage group cohesiveness while avoiding groupthink, and might consider adapting some of the Ex-Comm’s rules of engagement to their classroom environment. For now, though, I would like to offer a few suggestions for what teachers can do to help introverts and other reticent students to get involved in class discussions.

1. Don’t assume a quiet student is an introvert. Shyness and slow processing may also inhibit student contribution and getting shy or slow-thinking extroverts into the conversation may require different approaches than those that work for introverts. In the start of school questionnaire teachers might ask  students to tell them which of these categories fits them best.

2. Avoid, if at all possible, penalizing quiet students with a bad grade. See my post on grading discussion, in which I quote an expert on discussion-based teaching, who says: “If the teacher is the catalyst for discussion, isn’t the participation grade really the teacher’s self-evaluation as well?” Perhaps you have not created an environment that is welcoming to every type of learner.

3. Arrange one-on-one meetings with quiet students where you can ask them why they aren’t speaking, offer suggestions for how to prepare for class and get into the discussion, and ask them how you might help them (Ask: "Would you mind if I called on you?").

4. Use writing assignments in class. This is especially helpful for the slow processors, some of whom are also introverts. You can ask students to write a paragraph for homework and then call on the quiet students to read theirs at the start of class (see my History 420 syllabus for an example of how I’ve done this). You can begin class by asking students to write quietly for a few minutes to warm them up and gather their thoughts. You can stop a discussion in the middle of class and have them write about something, then share a bit of their writing or the ideas they came up with while writing. (My use of writing in class discussions has been influence by participation in Bard College's Institute for Writing and Thinking summer seminars for teachers, which I recommend highly).

5. Use small group break-out sessions. Reticent students are more likely to participate in a smaller group and if you really need to grade class participation you can listen in and give them credit for the work they do in those settings.

6. Appoint quiet students as scribes. When small groups report back to the full class, have the quiet student deliver the report. Or ask them to take notes on a whole-class discussion and summarize at the end.

7. When setting up groups, put introverts together. I used to try to engineer small groups so that they each had an equal number of strong and weak, talkative and quiet students, especially when those groups would be competing against each other in a debate or some kind of role-playing exercise. The problem with that, of course, is that one or more of the dominant students ends up doing all the talking. This spring in my law course I tried grouping students of similar abilities and learning styles together and the “weaker” groups did surprisingly well in the oral argument enactments they performed. The quiet students weren’t weak after all, they had just been overshadowed by less reticent students.

8. Most importantly, establish an inclusive, collaborative, low stress environment in your classroom. Use METICs to get student input on the class dynamics (that is, get meta about the discussion from time to-time so students can tell you things that they noticed but you missed about the classroom dynamic). Consider setting up a suggestion box where students can drop you notes about how the class is going. Introverts would be more likely to make use of this.

I’m hoping that readers of this blog will respond in the comments section with their own suggestions about how to help introverts, shy students, and slow-processors to feel more at home at the Harkness table.