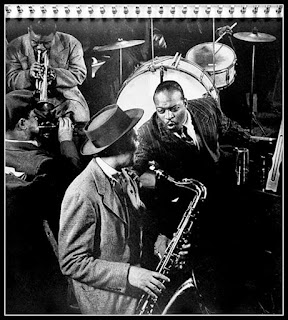 At this year’s EHI conferences, East and West, the teachers, most of whom were new to Harkness and assigned to lead discussion-based classes for the first time, put tons of effort and lots of good thought into preparing for the classes: reading carefully the documents we had given them and coming up with creative ways to launch discussions. They formulated thoughtful questions and sometimes quite elaborate preliminary exercises, often dividing the participants into pairs or small groups at the start of the 45-minute sessions or having them do something up at the chalk (or white) board. By midweek, though, I noticed that mostly they did not intervene much after these fine beginnings. In a couple of instances they didn’t intervene at all. If I could use a nautical analogy—they gave the Harkness boat a good firm push out into the lake of discussion, but then stayed on the shore and waved good-bye.

This got me thinking. What does it mean to lead a Harkness discussion? What is the teacher doing in a student-centered class beyond just sitting and listening? Where most teaching can be scripted, like those opening exercises, the Harkness class is improvisational. Preparation is useful, but it’s not enough. So I wrote the following note to the teachers at EHI-West, in La Jolla, Calif.

At every moment in a Harkness discussion you will be confronted with decision points. A series of questions will run through your head. Should I intervene or not? If I intervene, what should I say? Should I push the students toward my pre-determined plan? Should I let go of my plan and let the students follow a thread they have stumbled onto? Have they exhausted this topic? Should I transition them to a new one? What do I do about those quiet students? How can I draw them in? Can I get that Harkness warrior to stop talking without hurting his feelings? What am I missing in the group dynamic? Is anyone feeling left out? Did everyone hear the great point that kid made? Should I ask her to repeat it? Should I ask her to read more of the quote? Will that interrupt the flow of the discussion? How can I steer the conversation without interrupting the momentum that seems to be building? Did Johnny do the reading? Why isn’t his text marked up? Should I call him out on that? Were Pat’s feelings just hurt by what Alex said? Should I do something? They don’t seem to understand a key concept; should I just step in and explaining it or wait and see if they figure it out on their own? Or can I just let go of that? Will they need to know that to understand the next reading assignment? Am I talking too much? Is Bobbie talking too much? Should I steer them away from that tangent? Was that introduction of outside information relevant? Should I help them to make a connection that brings them back to the main point, or should I tell them to ignore it as irrelevant? Should I let go of the content we haven’t discussed yet? How important is it? What about the document they didn’t discuss? Should I return them to that important point that came up a while back that was insufficiently developed? Have they failed to discuss any ideas that will be relevant to the next paper they are going to be writing? Is there enough time left to get to a satisfying conclusion? When and how do I move the class toward a good end point? Or do I just let it go? They just seem to be digging into what’s most important but the bell is about to ring. Should I cut it off now or wait for the bell? How should I end the class? Should I sum up? Remind them of a few important points that came out? Give them instructions for the next day?


After reading a draft of this, my colleague, Meg Foley, wrote back to say: “I think your point, Bill, is to say that sometimes as we reflect on those questions the answer is ‘Yes, I will intervene because of this.’ We don't just sit silently on those questions.”

Right! I think that our EHI leaders had a tendency to answer “No” in too many cases, and that our discussions would have been even better if they had sometimes (though certainly not always) answered “Yes,” and steered the conversation more.

If we pick up on the boat metaphor, after you launch the vessel out onto Harkness Lake, you need to jump in, and grab the tiller so that boat does not float aimlessly in circles or run aground as the students all pull the oars in different directions. And, by the way, if you've spent a lot of time on those preliminary boat-launching exercises, which give teachers a reassuring sense of control as well as some respite from the stress of improvisational teaching, you might not have left enough time for the boat to make much progress toward an interesting destination.

Students don’t regard intervention during the class as preventing a student-centered discussion, but as an essential element to make it successful.  Meg asked a representative sampling of Exeter students to comment on what the teachers did in class and wrote about the results in her excellent “Teaching Around the Oval” blog. “By and large, the students did not mention ‘activities’ or ‘strategies’ in the way you might imagine,” she wrote. “They essentially said: teachers are effective in teaching us Harkness by letting us go at it and then nudging and questioning us, when we need it.”

In the same blog post, Meg writes that student comments about their teachers also focused on the “general manner of the teacher,” as also being more important than the sorts of activities or strategies that teachers used to a more scripted class plan are likely to favor.

In my mind, that means patience; a willingness to take a back seat; attentiveness and engagement; open-mindedness, humility, and a willingness to express uncertainty and admit to not knowing some things—perhaps even self-deprecation; sometimes saying the words “I could be wrong”; a sense of humor; inquisitiveness; a respect for and eagerness to learn about opposing views (being, as New York Times editor Bill Keller put it in complimenting a reporter, “voraciously open to contrary argument”); enthusiasm for intellectual work and for the subject matter at hand; being a unifying presence, a builder of community. Above all it means having an attitude of trust in your students and faith in their intellectual capacities—as the title of a book on teaching at the Harkness table by Exeter teachers in the 1980s put it, “Respecting the Pupil."

As Emerson said, in a passage quoted in the frontispiece of that book, “Respect the child, respect him to the end. … Be the companion of his thought, the friend of his friendship, the lover of his virtue.”
Posted by Bill Jordan at 9:41 AM