Mitt Romney on how our self-interest misleads us 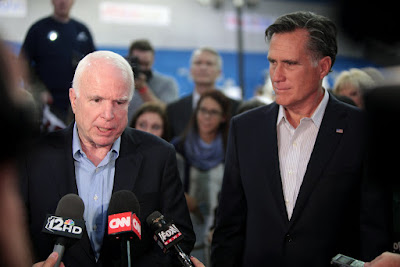 In an interview with the New York Times podcast, “The Daily,” Utah Sen. Mitt Romney made an extraordinary observation about the human (and his own) capacity for self-delusion. The comment was made in the context of Romney’s vote to impeach president Trump on Feb. 5. He began by noting that, as he thought back on his political career "my guess is that I was influenced in some cases by political benefit and I regret that." He said he wished he had “taken a different position” on an “item or two,” then he added this:

As is often the case, I have found in business in particular but also in politics, that when something is in your personal best interest the ability of the mind to rationalize that that’s the right thing is really quite extraordinary. And I’m talking about myself and I’ve seen it in others and I’ve seen it in my self…. And by the way you could swear on a Bible that you were doing exactly what is right and that’s because our mind has the capacity to do that. In this case, I worked very hard to prevent my personal feelings and my personal desire from influencing a decision that was going to be an important decision and the most important decision I was ever going to make.

I don't think that Romney is alone in this.  By voting for impeachment, Romney has incurred the wrath of the president, and the ire of his party and so now he will find out what happens when you make a decision opposed to your own personal best interest.
Posted by Bill Jordan at 6:34 AM

Email ThisBlogThis!Share to TwitterShare to FacebookShare to Pinterest
Labels: cognitive bias, epistemic humility, I could be wrong, motivated reasoning