Pluralistic ignorance and how we waste our votes 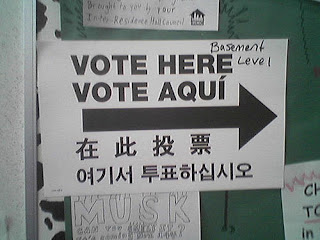 The race for the Democratic nomination in New Hampshire's first Congressional District (don't forget to vote Tuesday, Sept. 11) illustrates an interesting problem in democratic elections—the role of “pluralistic ignorance” in preventing the voters from getting what they want. In the presidential primary election of 2016, NH Democrats broke for Bernie Sanders over Hillary Clinton by a whopping 22 percentage points. I don’t have the numbers for the first district, but the counties in the district also favored Sanders, by as much as 28 points and as little as 14 points. Presumably the Democratic voters of the first district would favor a candidate more in sync with Sanders on the issues, or with his anti-establishment attitude. Or they might be inclined to vote for someone who had also supported Sanders in 2016, rather than a strong Clinton backer. The field is full of such candidates. Eight support Sanders’ proposed Medicare-For-All bill, six said they supported Sanders in the primary.

Why, then, is the candidate endorsed by Clinton herself and the state’s Democratic Party establishment leading in the polls?

And why is his number-one challenger the only candidate who, in a recent debate, refused to identify her 2016 primary preference and who also does not support Medicare-For-All? (Both of the leading candidates, by the way, say they support “universal coverage.” For an explanation of what establishment Democrats mean when they say “universal coverage,” I recommend this episode of “This American Life,” about another Congressional Democratic primary race, New York’s 19th)

It may have something to do with a combination of campaign funding and the help of party leaders and strategists, both of which are particularly decisive in the low-turnout midterm primary elections. As of July 20, according to NHPR, the leading challenger, Maura Sullivan, had raised $1.2 million, mostly from out-of-state donors. She is supported by groups that think the Democrats will win more elections if they field more military-veteran candidates like Seth Moulton. Chris Papas was second with $600,000—he has the party leaders and strategists behind him. A distant third in funding was a Sanders-voting, Medicare-for-All-supporting candidate (and PEA alum), Deaglan McEachern with only about $150,000.

But another reason may have to do with strategic voting and “pluralistic ignorance.” Some voters may decide to vote strategically for Maura Sullivan, for example, not because she is the preferred candidate, but because they think a military veteran might have a better chance in the general election because she would attract more Republican and independent voters. That was the Democrats’ John Kerry strategy in 2004. Or they might want to prevent the establishment candidate, Pappas, from winning, and they are guessing that she is the best shot--though also not their favorite.  They are victims of pluralistic ignorance: they don't know which of the 10 challengers their fellow anti-establishment voters will choose.

Let’s say that 60 percent of District 1 voters would like a representative in Congress who resembles Bernie Sanders, their choice in the presidential primary, and who backs the same policies as Sanders: Medicare-For-All, free state college education, $15 minimum wage, etc. Should they vote for Levi Sanders, Bernie’s son, who hasn’t even gotten his fathers’ endorsement? Or Mark MacKenzie, the union man who worked for Sanders’ campaign in the presidential primary? Or Mindy Messmer, the environmental advocate who is backed by “Brand New Congress,” one of the activist groups that sprung up out of the remnants of the Sanders’ campaign? Or Lincoln Soldati, who is closer to Bernie Sanders in age and demeanor and has had more experience in government, including a stint as mayor of the working-class town of Somersworth, and who supports Sanders’ policies but voted for Clinton in the primary? If a majority of voters prefer a Sanders-like House representative, they are not likely to get one, because of pluralistic ignorance. They don’t know how their fellow Sanderistas are going to vote and so they will inevitably split their vote among the eight or nine alternatives to the two or three establishment candidates.

There is a way around this problem. It’s called ranked-choice voting, or instant-run-off elections and it has been recently adopted in Maine, against the stubborn resistance of incumbent legislators—the establishment politicians who seem to benefit most from pluralistic ignorance and the current system of first-past-the-post elections, the system that gave us Donald Trump and Trump clone Paul LePage in Maine.

Or maybe the Bernie voters need to start their own party.
Posted by Bill Jordan at 3:10 PM